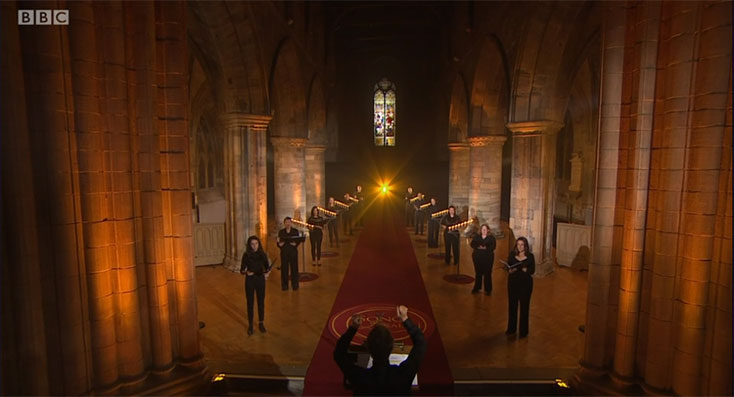 Alistair Warwick is a versatile musician:

With Bachelors and Masters degrees in music (specialising in conducting and in early Scottish music), he continues to explore music, theology and liturgy

In July 2018 Alistair gained his CRCO diploma, winning two prizes for the highest scoring written paper and highest aggregate score; he is enjoying continuing the journey

With the worst of the pandemic hopefully over, musical events are getting back underway again.
You can find details of forthcoming concerts here.

See my LinkedIn profile for more details of my work

Alistair is Conductor of the Stirling University Choir (2009 to date)

He founded the Dunblane Chamber Orchestra in 2008, and conducted their first three concerts

He has conducted the Rosenethe Singers in concert (December 2006, March 2008 and May 2010), and taken many rehearsals

Alistair first played the organ at the age of 10, at Christ Church, Sidcup. He later had lessons with Janet McCleery, Andrew Millington, Peter Hurford and Matthew Beetschen

His repertoire ranges from alternatim Mass and Magnificat settings (from English, French and Spanish schools), to 21st-century works

Repertoire and Organs played can be seen here

Alistair Warwick received a distinction for his Masters dissertation in Music at the University of Surrey on the Dunkeld Music Book (otherwise known as the Dowglas-Fischer or Lincluden Partbooks – GB-EdU MS 64).

In the Dunkeld Music Book is an anonymous motet for eight voices, Te Sanctum Dominum. As a result of his research Alistair Warwick has provisionally identified Nicholas Gombert as the composer of this work. A critical edition of the prima pars (the first of two sections) appears in the dissertation.