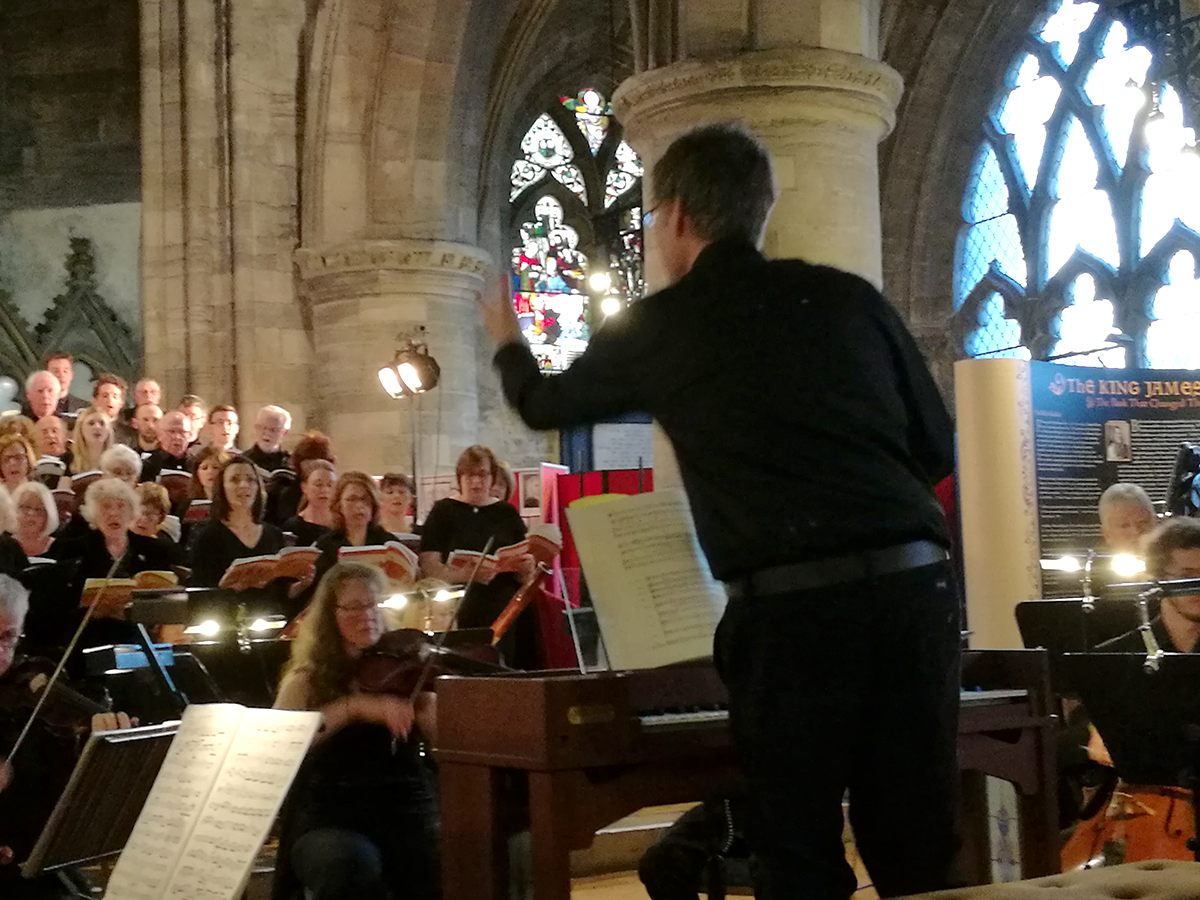 Alistair's passion is enabling people of all abilities to make music.

As a teenager, he conducted several ensembles, and Bexley Music School rewarded him with a scholarship to study conducting with Bryan Fairfax to learn how to do it properly!

Since 2009 Alistair Warwick has been Conductor of the Stirling University Choir, as well as its occasional Chamber Choir.

He founded the Dunblane Chamber Orchestra in 2008, and conducted their first three concerts.

He has also conducted the Rosenethe Singers in concert (December 2006, March 2008 and May 2010), as well as taking many full and sectional rehearsals.

Alistair's repertoire is wide-ranging, both in musical style – from chant to jazz – and in the size of the musical group – from just a few singers or instrumentalists to ensembles of over 100 performers.

too numerous to count, but they include:

Alistair has prepared orchestras and choirs for performance. Works include:

See my recordings page for CDs and broadcasts as organist, recording producer or engineer