Language and use in worship

The title of this article immediately poses the question: why sing in Latin, when our services are in our own language? For that matter, we might well ask if our services are in fact in English / Welsh / whatever, since we actually use a ritual language rather than that spoken in everyday use.

How often do we greet someone we know with the words 'The Lord be with you' and expect the answer 'And also with you' (or 'And with thy spirit')? More likely we will say 'Hi, how are you?', and probably hear back 'Hello, fine thanks', rather than a genuine answer to the question – if indeed our greeting was intended as a serious question.

Given, then, that formal worship actually uses a stylised, ritual language, the use of Latin may not be entirely anachronistic. Even a little understanding of another language can help throw light on a text we know well.

Jesus tells us (Luke 14:33) that no one can be his disciple unless they give up "all their possessions". When this phrase is heard in French, tous ses biens can help us to realise that Jesus is asking us to prefer discipleship even over all these good things that we have.

Short refrains in Greek, Latin (and other languages) from Iona and Taizé have introduced many of us to the idea of singing in another language, and to make these texts more widely-known. After a while we stop translating – for example,'dona nobis pacem' as 'give us peace' – and simply get on with singing and praying it. It is not so much thinking in another language, as recognising that the text is embedded, becoming second nature to us, feeding us. The text – and its vehicle, the chant – provide us, as it were, with a distilled spirit, from which we can taste the goodness of the Lord.

We are what we sing

Members of monastic communities use lectio divina as a means of 'chewing over' scripture – not to know more about it, but rather to understand it, so that it makes its home with us. When they pray seven times a day in the Divine Office they are contributing to this process.

The texts of the psalms, in particular, express the whole gamut of human experience and emotions; they speak richly of our relationship with God: trust, doubt, love, fear – yes, and anger too. They help us in our prayer: as part of, and in union with the whole Church throughout the world, as we express solidarity with those who are oppressed, those who fear, those who mourn – and yet rejoice in the loving-kindness of our God.

Gregorian Chant (hereafter referred to as 'chant') – amongst other forms of prayer – is ideally suited to this relationship, since the music is wedded to the text (having been composed for it). The chanting of a text helps to define it, to give it space to be heard, and to be interiorised.

How to get started

There are a number of chant collections available, notably those from the Abbey of Solesmes in France. These include Liber usualis – music for the pre-Vatican II Roman Rite, Graduale Romanum – containing chants for the ordinary and propers of the Mass, Psalterium Monasticum – for the Divine Office, and hymns in the Liber Hymnarius.

A selection of the most popular chants, which are quite easy to learn, can be found in the Liber cantualis (Desclé, 1978, 1993). Although this volume has no introduction to singing the chant, as can be found in Liber usualis, there are many other introductions available, including web-based resources (see below).

An organ accompaniment edition is also available. Opinions differ as to whether the organ should be used or not, but only the hardest-hearted purist would deny learners the sustenance of a few gentle chords. (Throughout this article items are numbered according to the Liber cantualis, although they also appear in other collections, including some hymnbooks.)

To begin with, it is worth looking at the structure of the chant, as noting repeated sections will make the chant easier to learn. (Music examples have been provided here in modern notation for ease of reading by newcomers to Gregorian chant.)

Verbum caro factum est (The Word was made flesh)

Responsories, like Verbum caro factum est (102, Christmas) for example, have the form:

Other examples of responsories with the same refrain 'alleluia' and similar parts for cantor/choir are Surrexit Dominus vere (96, Easter) and Spiritus Paraclitus (95, for Pentecost).

The antiphon Ubi caritas est vera, Deus ibi est (or its variant Ubi caritas et amor) has a refrain sung three times, and twelve verses. Closer inspection, however, shows that the structure of refrain and four verses uses the same music; moreover, the music for the first and second verses is similar, likewise with the third and fourth verses – in other words there are really only three different melodies in this fifteen-line chant.

Seasonal chants that are not difficult to learn include:

These chants can be used over the course of several Sundays during a season, with increasing familiarity and confidence. In this way, a repertoire can be built up slowly but surely. And by the way, don't make the mistake of confining the chant to Lent, on the false assumption that it is a gloomy style of music. Each of these seasonal chants reflects a distinctive seasonal mood. Yes, the distinction is subtle; but it is not absent.

Many choirs will already know some of the chant texts from anthems in their repertoire. Balfour Gardiner's Evening Hymn uses the text of the Compline hymn Te lucis ante terminum (104). If you have sung one of the many settings of Ave verum corpus (75), you could sing the chant version, which has inspired many of the choral settings.

Allegri's Miserere is a difficult piece, so some choirs may find the chant-only setting of Psalm 50 (51) a more suitable alternative (10).

Those who have sung plainchant in English might like to try some of the more well known hymns in Latin, which can be found in some hymnbooks:

So where can chant be used in worship today? There are a number of points in the liturgy that would benefit from the use of chant. Why not replace one of your hymns with a chanted item? Or you could use some chant in place of the usual choral anthem. Alternatively, a gospel acclamation, or psalm text can be sung in chant. Provide texts and translations in service sheets.

At Christmas Midnight Eucharist there is often an extended service of readings; the Responsory Verbum caro factum est could be used after one of these.

In Remembrancetide or the month of November you could use the chant In paradisum as we remember those who have gone before us on the journey of faith.

There are many opportunities to hear the chant both in worship, and on record. A number of monastic communities sing part or all of their office in Latin chant, including the abbeys of Ampleforth, Buckfast, Downside, Quarr, (St Cecilia's) Ryde (in England), Pluscarden (in Scotland), Christ in the Desert (USA). Chant is sung regularly in the liturgy by the choirs of Westminster Cathedral (daily), Brompton Oratory, London, and Boxgrove Priory; some Anglican and Roman Catholic cathedrals also sing the chant in Latin.

Although at first hearing the chant may appear monotonous, a closer encounter reveals a wide diversity. On record, a great variety of styles within this genre can be evidenced.

The Schola Gregoriana of Cambridge under the direction of Dr Mary Berry has made a number of important recordings of repertory and its use in the liturgy from the tenth to the twentieth century .

The Ensemble Gilles Binchois (Harmonic/Virgin) and the Ensemble Organum (Harmonia Mundi), amongst others, make bold attempts at interpreting the rhythmic marks of the early manuscripts, which can be seen in the Graduale Triplex (Solesmes). Inspired by the work of Dom Eugène Cardine, the later recordings of Solesmes Abbey (Paraclete/Solesmes) have a more subtle reinterpretation of these early rhythmic symbols.

Where can I buy a copy of Liber cantualis? 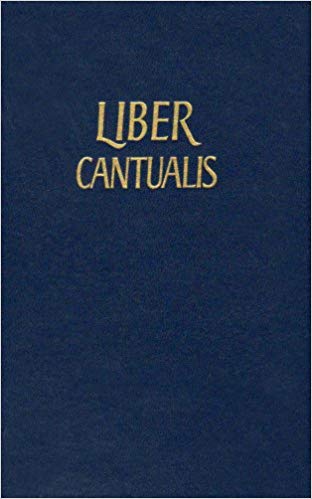 You can get it from www.amazon.co.uk.

Where can I learn to sing chant?

A number of local RSCM Areas put on training days in the use of the chant; details can be found at www.rscm.com.